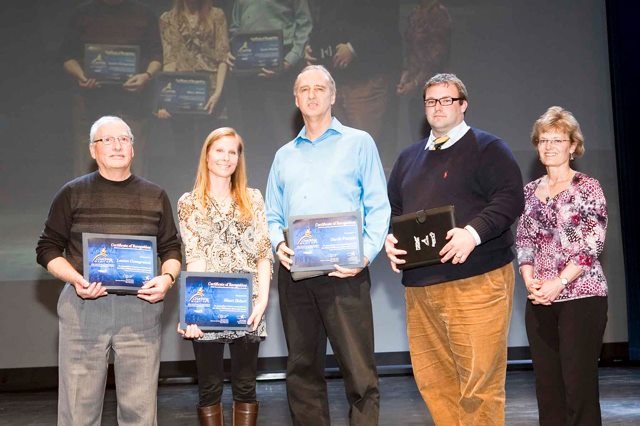 Sport Manitoba’s annual Night of Champions recognizes the remarkable achievements of our province’s athletes, coaches, officials and volunteers in amateur sport. The sport award recipients announced on April 30, 2013 at the Winnipeg Convention Centre included rhythmic gymnastics high performance coach Shari Hebert! Shari was a finalist in the Peter Williamson Train to Compete-Train to Win Category, and the Sport Manitoba Night of Champions Female Coach of the Year.